Patron Saints of the Legion of Mary 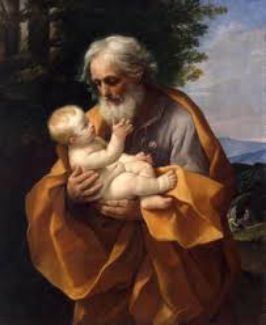 St. Joseph, of course, needs no introduction; just his place in every Nativity scene shows his importance in the earthly journey of the Holy Family.  In his role as the spouse of Mary and foster father of Jesus, he was the head of the Holy Family, and had a primary and particular role in the life of Jesus and Mary.  Legio Mariae tells us that this same role is what “this greatest of saints continues to render to the Mystical Body of Jesus and its Mother.”  The Church itself, and thus the Legion, are sustained by St. Joseph.  His care for the Church, like his care for the Holy amily, is “is unfailing, vital, possessed of parental intimacy; is second only in influence to the mothering of Mary, and is to be so appreciated by the Legion.”  Just as Jesus and Mary loved and respected him, so must we ourselves love and respect him.

St. Joseph is honored by the Church with two separate feast days:  The Solemnity of St. Joseph, husband of the Blessed Virgin, is March 19, while the memorial of St. Joseph the Worker is May 1. 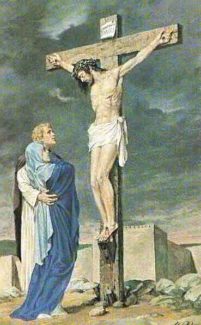 St. John’s special place as “the disciple whom Jesus loved” points to his devotion to Jesus and to His Sacred Heart.  At the foot of the cross, at Jesus’ own command, he took Mary as his own mother – as we all do – and exemplifies true devotion to the Immaculate Heart of Mary.  Legio Mariae calls St. John the representative of all of us children of Mary who have come after him.  St. John loved Jesus and His church; he was an apostle and evangelist.  Legio Mariae points out that he was Mary’s priest, and thus a special to patron to the Legion of Mary, whose aim is “to be a living copy of Mary.”

His feast day is December 27.

Saint Louis-Marie de Montfort was well known as a preacher, and had a particular devotion to Mary.  He is credited as an early writer of Mariology, and a number of his works about devotion to Mary are still available today.  Legio Mariae tells us that “no saint has played a greater part in the development of the Legion than he” and that both his spirit and his words are present in the handbook itself. 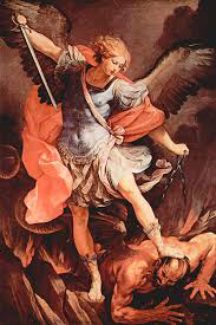 Pope John Paul II said that “the task of the good angels is the protection of people and solicitude for their salvation.”  St. Michael the Archangel may be best known for being that protector.  But, as St. Augustine points out that St. Michael has a special affinity to Mary: “Although the prince of all the heavenly court, St. Michael is the most zealous in honoring Mary and causing her to be honored, while he waits always in expectation that he may have the honor to go at her bidding to render service to some one of her servants.”

Legio Mariae tells us that “The Legion serves under St. Michael. Under his inspiration it must strive lovingly towards the restoration of that people with whom the Lord made an everlasting covenant of love.”  We are thus called to evangelization, not just to Catholics and other Christians, but also and particularly to those people of the Old Covenant, who believe they still await the coming of Christ.

The feast of St. Michael the Archangel (called the “commander of the army of the Lord” in Joshua 5:14) is September 29. 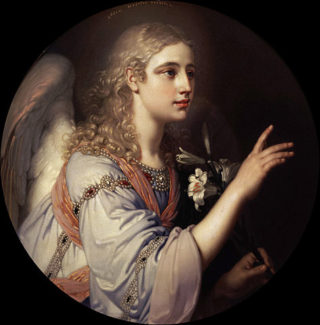 “The Angel of the Lord declared unto Mary…” This is not the first time we see the Angel Gabriel in scripture.  He appeared to Daniel in the Old Testament, and also announced to Zacharias that Elizabeth would bear a son to be named John.  But his visit to Mary is of utmost importance in salvation history: Legio Mariae states “It was through him that the compliments of the Holy Trinity were addressed to Mary; that the mystery of the Trinity was first stated to man; that the Incarnation was announced; that the Immaculate Conception was declared; that the first notes of the Rosary were struck.”

The united feast of Saints Michael, Gabriel and Raphael is celebrated on September 29. 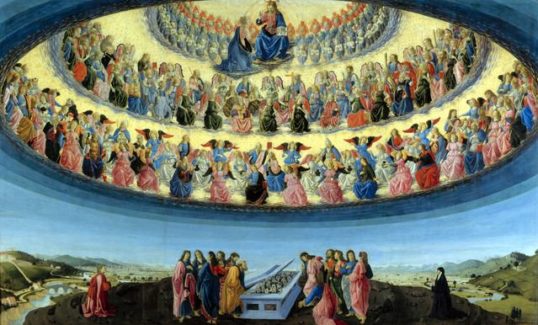 Just as each of us is accompanied by our own guardian angel, Mary is accompanied not just by one angel, but by a legion.  Legio Mariae states that “Every legionary, active and auxiliary, has a guardian angel who fights blow for blow at his side. In a sense that battle means more to the angel than to the legionary, for the angel perceives vividly the issues at stake: God’s glory and the value of the immortal soul. So the interest of the angel is most intense, and his support unfailing.  In addition, the entire angelic army hastens to the scene. For our battle is part of the main struggle which from the first they have maintained against Satan and his minion”  What a wonderful thing it is to recognize the support we each receive from our guardian angel, especially when we consider that our battle is joined in that very battle.

Pope John XXIII said “Regina Angelorum! Queen of the Angels! What enchantment, what a foretaste of heaven it is to think thus of Mary our mother ceaselessly accompanied by legions of angels!”

The memorial of the Guardian Angels is October 2.